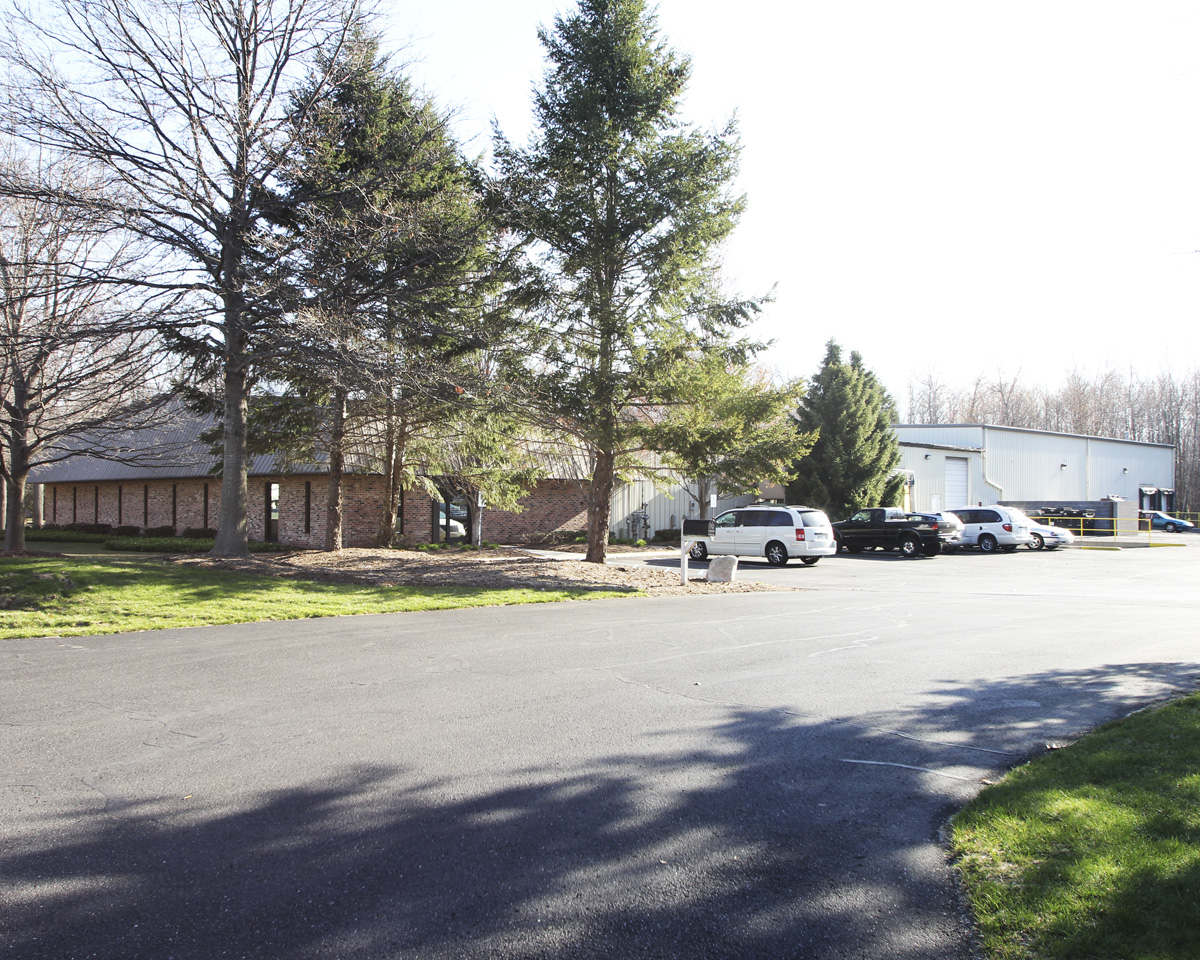 How It All Began…

“If you can’t build it to be the best, don’t build it at all.”
Don Wisner, President of Haven Innovation

Growing up in Flint, Michigan in the 50’s and 60’s meant there was one thing ingrained in our culture: Cars!

This was the Golden Era of the U.S. Auto Industry and Flint was was a shining gem the crown jewel of Detroit’s auto manufacturing dominance. For the families who lived and worked here, cars were part of our DNA.

Haven’s founder, Don Wisner, grew up in Auto Mecca surrounded by people who loved to get their hands dirty building things, working on things and fixing things; mostly (you guessed it) cars… parts for cars… or tools, equipment and gadgets to work on cars.

Since an early age, Don was afflicted with “Creative A.D.H.D.,” the product of a curious mind, an active imagination and a short attention span. His dad trained him not to read instruction or assembly manuals, but to figure out how things went together and worked for himself. (To this day, if Don gets lost he won’t stop to ask directions let alone use his GPS, and he thinks “moderation” – especially when it comes to building stuff to last — is for wimps).

While most of the boys would run to the ball field or soda shop after school, Don would race home to his Pop’s workshop where he learned first hand how to repair anything that broke, or build anything the family needed but couldn’t afford to go out and buy. That’s how it was done back then… 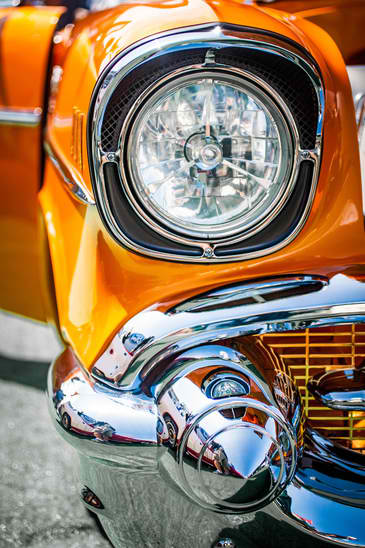 And that, in a nutshell, is pretty much who we are here at Haven... Just regular, blue-collar folk who love to build, break, fix, tear apart, re-engineer and improve stuff! ‘Cuz THAT’S the American way!

By the time Don graduated high school he could rebuild an engine in his sleep, but the passion to invent and build things from scratch had him in its grip, so he went on to earn a degree in Engineering from the prestigious Michigan Tech, aka the “MIT of The Midwest.”

After graduating from Michigan Tech, Don quickly became a rising star in General Motors’ Buick and Cadillac Luxury Divisions where he invented ABTS (All Belt To Seat) Technology, a revolutionary new safety system which forever changed the way seat belts function, move and are installed in certain luxury vehicles. ABTS was first used in the Buick Park Avenue and continues to be a standard safety feature to this day.

“Ok so now I get the car vibe on your website, but how did a
group of automotive engineers wind up creating a
‘luxury brand’ for medical tables?”

Stay with us because this is where things get interesting… 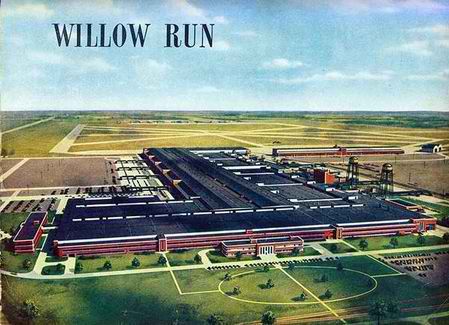 So after a storied and successful career… working 100 hours a week running General Motors’ Willow Run Plant (right next door to the very same Willow Run Plant that “Saved The World” when it was converted to produce B-24 Bombers in WWII)… and not having much of a home life, enough was enough. It was time to escape the Fortune 50 rat race and start enjoying his family again. So…

He hand picked a team of his best engineers and founded Track Seating Corporation, which became a leading OEM Supplier of seating and safety equipment to General Motors Luxury Divisions, and went on to become one of the nation’s leading public seating manufacturers, providing stadium seating to some of the largest sports and entertainment venues in the country including RFK Stadium, Comerica Park in Detroit and The New Orleans Superdome refit following Hurricane Katrina.

When Track Corporation began looking to diversify its product line we came across a little company that was struggling to maintain quality standards and production on one of their products.

That product was… (you guessed it)… the Cox7 Table.

In 2005 Track Corp. acquired the rights to the Cox Table from the previous manufacturer and began a relationship with Dr. Cox with a singular goal of re-engineering the table and turning it into the finest chiropractic instrument available.

We believe we’ve achieved that goal, as evidenced by the countless testimonies of improved clinical outcomes and enhanced doctor experiences we receive from the top 3% or 4% of doctors who care enough about their profession to invest in our instrument. (We understand our instruments are not for everybody. They’re for anybody who wants to be somebody. Somebody different. Somebody better.)

When we sold Track Seating to our largest competitor in 2010, Haven Innovation was formed to take over the Cox Table and began building the totally re-invented Cox8 under our medical division, Haven Medical LLC.

And when we say, “Totally Re-Invented” and “Built to Last 3 Lifetimes” we mean it…

The all-new Haven Medical Cox8 resembles the previous iteration in name and appearance only. Under the paint, every nut, bolt, wire, mechanism, assembly and component has been re-thought, re-designed, re-engineered, upgraded and improved.

Peek under the hood of a Haven Medical Table and you’ll see one-off, precision-engineered parts and components borrowed from the auto industry, such as “whisper quiet and smooth as glass” slide assemblies, hi-performance braking systems, wiring harnesses, actuators and more.

(Just think of the strict government quality and safety standards that must be met in order to manufacture an automobile in the USA. These are the same high benchmarks our engineers are accustomed to meeting and exceeding every day, and why we build our tables to the same high set of standards).

Quite honestly, a Haven Medical Table is “over-built” and should probably cost twice as much as it does… but hey, that’s just how we roll here.

Hopefully, by now you understand why no other medical table is built as solid, functions as well or lasts as long, as a Haven Medical table.

(And BONUS! You’ll never have to change the oil or rotate the tires!)

Building World Class Products Is What We Do... Family Is Who We Are.

On a lighter note…

If you ever visit our office — and visitors are always welcome! — you’ll see pretty fast that we don’t take ourselves too seriously here. We like to have fun at work, and we take our love and appreciation for our work home to our families every night.

Family is the most important thing to us, and we treat every one of our customers like a member of our family. If that makes you uncomfortable, don’t worry; we don’t hug… unless you need one.

Our home is in Grand Haven, Michigan, aka “Coast Guard City USA,” host to the world famous Coast Guard Festival which draws nearly one million tourists, boaters and sun lovers from all over the world each August for some fun and frolic in one the most beautiful beach cities in America.

In fact, Grand Haven was voted “Happiest Seaside Town In America”
for 2017!

If you find yourself in the area, stop by or give us a call to arrange for a tour of our facilities!

From Our Family to Yours,

Your Friends at Haven Medical 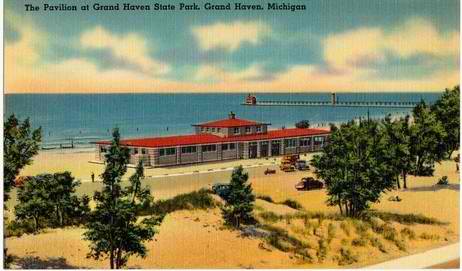 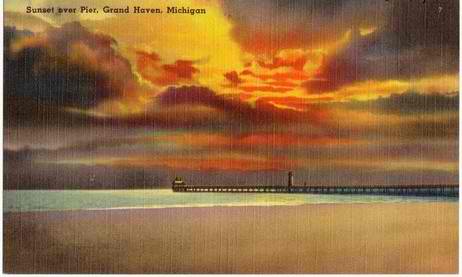